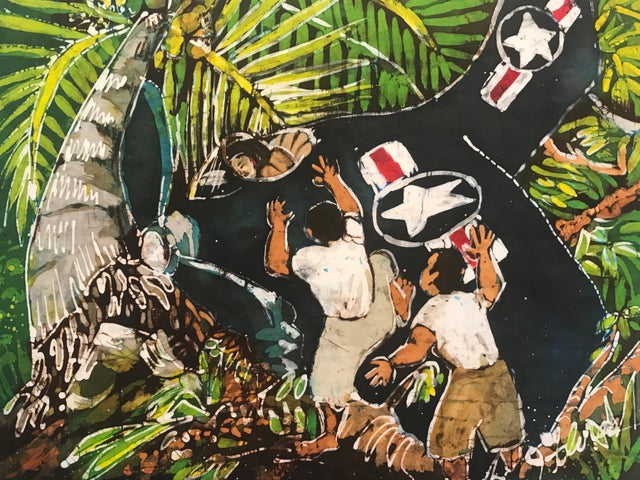 Print of original batik by island icon Judy Flores from the book, "Coming of Age in War-Torn Guam: The WWII Memoirs of Justo Torre Leon Guerrero. This scene depicts the crash of an American plane near the family ranch. Justo's uncle, Jose Leon Guerrero Cruz reaches for the pilot who is believed to be LTJG Hamilton. Justo's older brother, Juan assists. Justo was standing just behind his brother. This act of humanity served as a death sentence for Jose and led to the torture of Juan. The pilot and Jose were beheaded days later. Juan was tortured for days until the policeman from Machananao was able to get him released.