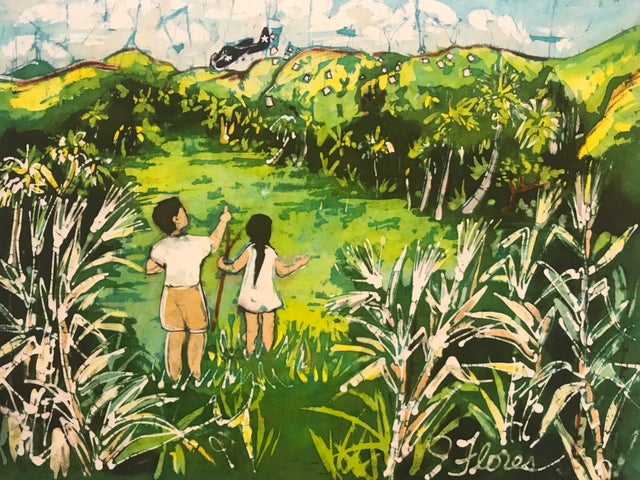 Print of original batik by island icon Judy Flores created for "Coming of Age in War-Torn Guam: The WWII Memoirs of Justo Torre Leon Guerrero". This scene depicts Justo and his sister Lou watching an American plane drop leaflets for the residents of the Manenggon concentration camp. The leaflets said told the people to stay put and that the American's knew they were there. After the war, Justo was playing with a friend in Tamuning whose brother, Vicente "Ben" Sablan had returned home on leave from the Navy. He asked Justo if he was at Manenggon and if he had found any of the leaflets that he had dropped from a small plane. No mention of this could be found in official naval records.