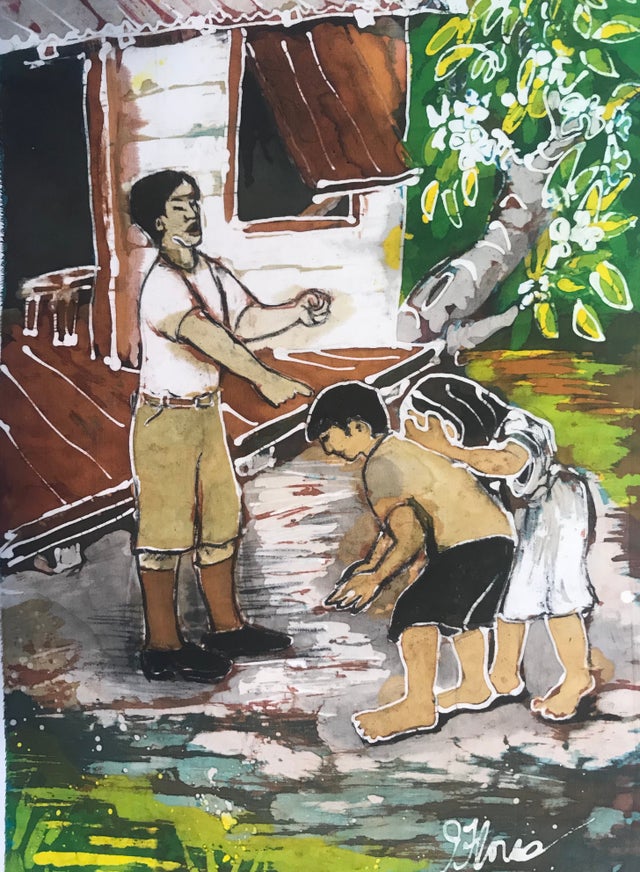 Print of original batik by island icon Judy Flores. This scene depicts a Japanese police officer punishing Justo and his sister, Lou for not bowing when they passed the police station. He slapped them both and made them bow. The two were running home after visiting with a relative. Later in the war, this same police officer, helped get Justo's older brother, Juan released after being arrested and tortured for assisting an American pilot who had crash landed near their ranch home.